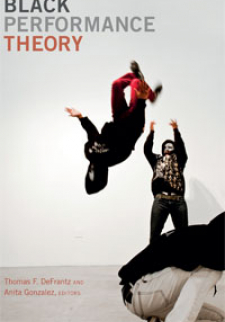 DeFrantz, professor of African and African-American studies, dance and theater studies, and his co-editor have collected essays by scholars in the emerging field of black performance theory.

Black performance theory is a rich interdisciplinary area of study and critical method. This collection of new essays by some of its pioneering thinkers—many of whom are performers—demonstrates the breadth, depth, innovation, and critical value of black performance theory. Considering how blackness is imagined in and through performance, the contributors address topics including flight as a persistent theme in African American aesthetics, the circulation of minstrel tropes in Liverpool and in Afro-Mexican settlements in Oaxaca, and the reach of hip-hop politics as people around the world embrace the music and dance.