Siv Lie (Univ. of Maryland): "The Ends of Silence: Romani Artists and Problems of Genocide Commemoration"

February 3, 4:00pm
This lecture is free and open to the public.

Siv B. Lie is interested in relationships between cultural production, race and politics. Her research in ethnomusicology and linguistic anthropology examines how Romani (also known as "Gypsy") groups use music and language to advance their own sociopolitical and economic interests. Her book, "Django Generations: Hearing Ethnorace, Citizenship, and Jazz Manouche in France" (University of Chicago Press, 2021), shows how music and language shape ethnoracial and national belonging among French Manouche populations. Through ethnographic, performance-based and archival research methods, her work takes an interdisciplinary approach to exploring the politics of expressive practices and the commodification of culture.

She has published in Ethnomusicology, The Journal of the American Musicological Society, The Journal of Linguistic Anthropology, French Cultural Studies, Popular Music and Society, Ethnic and Racial Studies and Jazz and Culture. Lie is co-founder and principal coordinator of the Initiative for Romani Music at New York University, an organization that brings together scholars, artists and community members to raise awareness about Romani musics and cultures. She is also a curator of the music section of RomArchive, the first digital archive of Romani arts and cultures led in large part by Roma.

Siv B. Lie earned her Ph.D. from the Department of Music at New York University and is also a violinist, violist and vocalist in a variety of genres.

END_OF_DOCUMENT_TOKEN_TO_BE_REPLACED 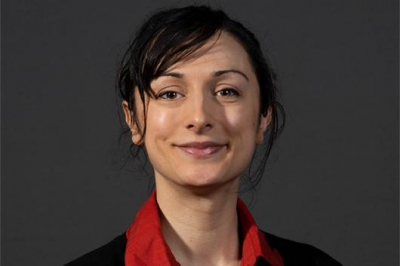